Unafraid to tackle hardline issues, Leila McKinnon is a veteran journalist and presenter who has reported for Nine Network’s ‘A Current Affair’ and was co-host of the ‘Today Show’ on Saturday and Sunday mornings. She has been working for Nine in various roles since 1995, and she is the new replacement of Rebecca Maddern on Season 6 of Australian Ninja Warrior.

Leila McKinnon was born in Tehran, Iran, in the year 1972. Her birthday falls on the 28th of September, making her a Libra. She is currently 49 years old.

McKinnon grew up in Auckland mostly, and she moved to Queensland when she was 15 years old. She attended MacGregor State High School. She received her journalism degree at the Queensland University of Technology.

McKinnon was born to a New Zealand father and an English mother. At the time of her birth, her father, Dugald ‘Mac’ McKinnon, was working in Iran as a service manager to the late Shah of Iran’s fleet of vehicles.

Sadly, her father passed away at the age of 75 in September 2017 after being in an induced coma for more than a month.

Leila McKinnon started her career as a part-time reporter for The Sunday Telegraph in Brisbane. In 1993, she accepted a cadetship at WIN Television in Rockhampton, Queensland, and then moved to WIN’s Cairns bureau. In 1995, she started working with the Nine Network, reporting and presenting for Nine Gold Coast News.

McKinnon became a reporter for A Current Affair in Brisbane in 1998. From February 2005 to June 2005, she was the news presenter for Today.  In August of the same year, she started presenting the morning bulletin National Nine Morning News.

Since returning to Australia in 2007, McKinnon has presented the summer edition of A Current Affair. She was also seen as a fill-in presenter on both the Nine News Morning and Afternoon Edition in 2008. In addition, she co-hosted Weekend Today alongside Cameron Williams.

McKinnon was a co-host at Nine’s award-winning coverage of the London Olympic Games in 2012. She also conducted the first live interview with Prince William and Harry. She resigned from Weekend Today in 2014 and started focusing on other projects on the Nine Network.

As of 2022, McKinnon is still associated with Nine Network. She is often seen on A Current Affair and Today. She’ll host Season 6 of Australian Ninja Warrior together with Tennis legend Jim Courier this year.

Leila McKinnon has earned a fair share amount of money from her impressive professional career as a journalist and presenter. Together with her husband, she also owns an investment property in Sydney’s Bondi Beach.

In December 2019, the husband-and-wife duo also sold their $8.4million Dover heights home in Sydney. According to a report published by The Daily Telegraph in 2020, McKinnon has over a $450,000-a-year contract with Nine Network.

Though the exact figure of Leila McKinnon’s net worth is unknown, our estimation suggests that she is worth roughly around $4.5 million.

Leila McKinnon is happily married to David Gyngell, the son of the late legendary Channel Nine boss Bruce Gyngell. Her husband is a businessman and the former CEO of the Nine Network. 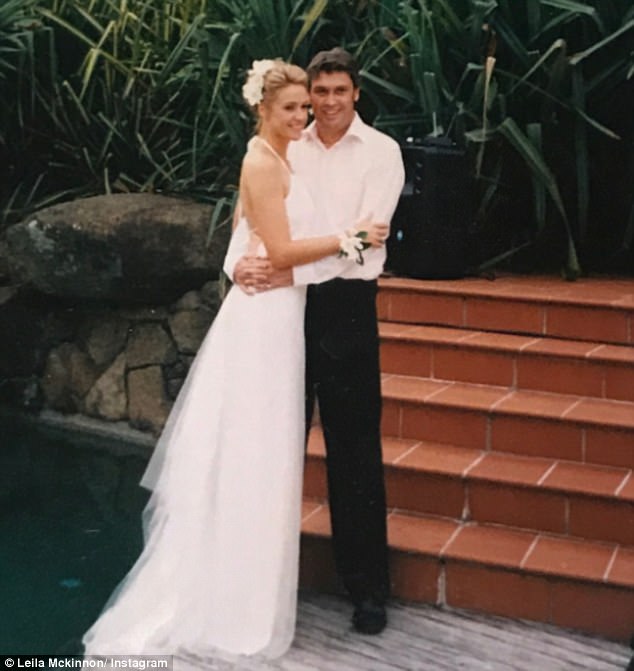 McKinnon and her husband have remained best friends since their high school days and shared a Bondi flat in their pre-marriage years. They first met at Nine’s Willoughby studios and moved in together in early 2003. The pair announced their engagement in August 2004, four months before saying, “I Do.”

Leila McKinnon and her husband share two children – son Edmund and daughter Gwendolen. Their son was born in 2012, and their daughter arrived two years later. However, McKinnon had undergone nine years of fertility treatment before becoming pregnant with her son, Ted.

Though Leila McKinnon was born in Iran, she is Australian by nationality.

2. How old is Leila McKinnon?

3. Who is Leila McKinnon married to?

The veteran journalist is married to the former Nine Network’s CEO, David Gyngell.

4. How tall is Leila McKinnon?

McKinnon stands tall at a height of 5 feet 9 inches.